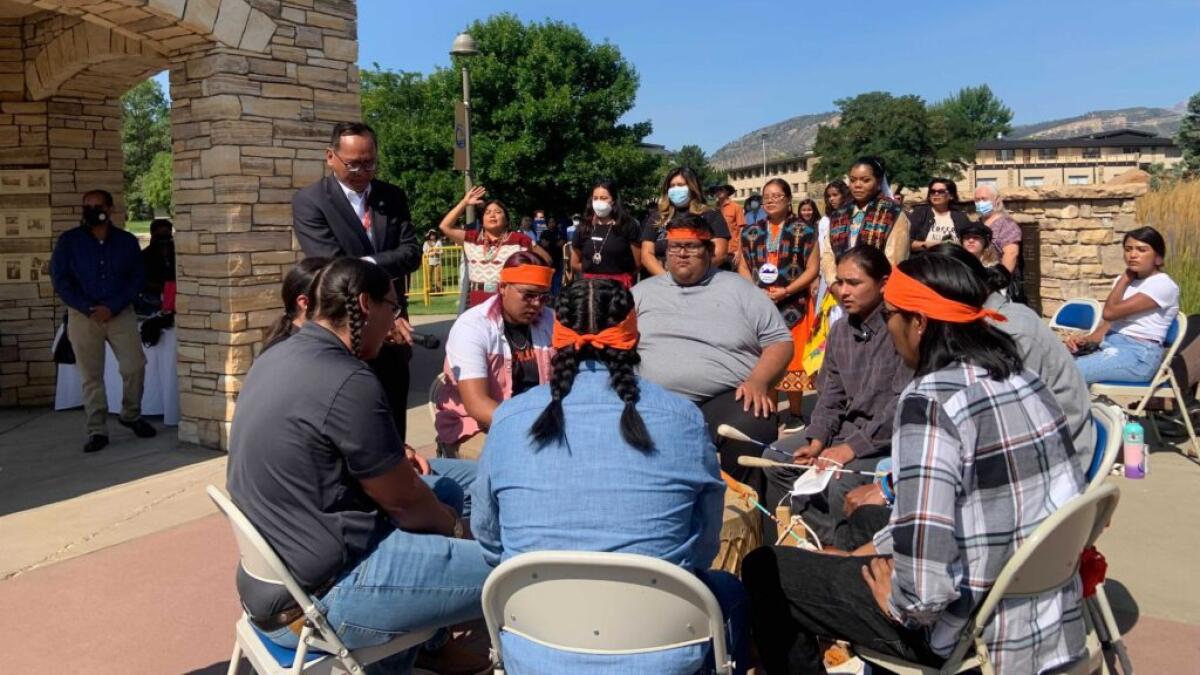 Fort Lewis College is on a mission to revive native and native languages, and it received a $1.5 million Mellon Grant to pursue this goal.

The grant will strengthen the All Our Nations Language Revitalization Center in the Department of American Indian and Indigenous Studies as part of a three-pronged project to shape Indigenous language curricula.

Janine Fitzgerald, a professor of sociology and human services, said there is a “real urgency among Indigenous students” who want to learn their Indigenous languages. Some former students went on to study their native languages ​​and became comfortable keeping those languages ​​alive, she said.

“The idea is that anything that can be done for Indigenous language revitalization is important,” she said.

Fitzgerald said 2022 marks the start of the United Nations Mother Language Decade, a global effort to revitalize indigenous languages ​​and revive dormant ones.

Fitzgerald and Deanne Grant of American Indian and Indigenous Studies, who were behind the genesis of the new Mellon Grant-funded programs, said they were not initially aware of the Decade of Mother Tongue, but c is a convenient coincidence.

FLC offers a summer language program called “All Our Kin”, which consists of three weeks of thematic language learning. A community newsletter published by FLC describes the program as a humanities-based study of language topics intended to compare and contrast student languages ​​with native languages.

The third “component” supported by the Mellon Grant is the development of an Aboriginal community-based language revitalization certification program. The program strives to empower graduates to bring Indigenous language education to their hometown, drawing on knowledge from FLC courses such as Native American and Indigenous Studies, Borders and Languages, sociology and the School of Education.

“When Indigenous languages ​​are lost or not spoken by children, the ability to live in the world with respect and esteem for all things also dies,” Fitzgerald said in a press release. “In order to disrupt and heal historical and personal trauma, to empower young people, and to address the ecological crisis we find ourselves in, we must speak in languages ​​that bring animosity and esteem to all. “

Grant, assistant professor of sociology and social work and Native American and Indigenous studies, said the Mellon Grant-funded project is about “Indigenous recovery, resurgence and identity, and contributing to these efforts is both humbling and meaningful”.

Fitzgerald said the summer institute will begin in 2024 and will feature four languages. One of the languages ​​has already been determined, Navajo, because many people still speak it and it is a useful language to learn. The others have yet to be decided and will depend on who the college can hire to teach languages.

She lamented that the college could not teach all tribal and Alaska Native languages. But she said the summer course should alternate languages ​​each semester.

“It’s an exciting and challenging thing to learn what your language embodies that English doesn’t,” she said.

FLC has undertaken other efforts to support the indigenous populations of Colorado and northern New Mexico.

Last year, the college removed symbols from its iconic clock tower that whitewashed the school’s history as an Aboriginal boarding school and the treatment of Indigenous people within it.

The college has offered tuition-free education to native and native students since 1911, according to the college’s website. the story page.